21 Warning Signs Of A Toxic Relationship

Most of us have been in one or more relationships that were very harmful to our health, to say the least.

According to Thomas L. Corry, “A toxic relationship is a relationship characterized by behaviors’ on the part of the toxic partner who is emotionally and not infrequently physically damaging to the partners”. But, as they say, love is blind. 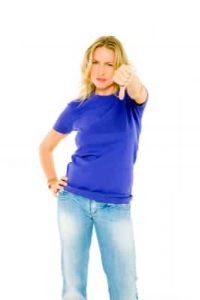 1 .You are giving more than you are taking:

We’ve all had those friends or lovers who think life revolves around them. If you have to spend a day doing something together, it must be what they consider fun or they are out. So you are left tagging along with stuff you wouldn’t naturally enjoy.

Yes, life is about sacrifices, but watch out not to be the proverbial sacrificial lamb. Put your foot down; insist also on activities you would enjoy. Point out to them that you are always doing their stuff.

2. You seem to be committed more:

When it comes to romantic relationships, it is said that one person will always love more than the other. But this is no excuse to be the one that gives all the time, otherwise, it damages your self-value and even how you view others and relationships in general.

For instance, most men who are used to doing more at all end up viewing women as objects of ownership.

Very few people quit such relationships, but there are a few brave souls out there and you can be one of them! I just came across a hilarious sticker on Facebook that says ‘my last relationship ended for religious reasons…they thought they were god and I disagreed’.

Most people tend to rationalize abuse in relationships. They think if there is no physical violence, then it’s ok. Emotional wounds are as real as physical wounds.

An abuse site; thisisabuse.direct.gov.uk defines it like any relationship that leaves you feeling scared, intimated or controlled. So if you experience any of these, you are definitely in a toxic relationship.

This is the most common warning signs of a toxic relationship in marriages. As obvious as it is, not many are in a hurry to quit such a relationship. Most people tend to excuse themselves indicating that if there are children, they need both parents.

They forget that them being subjected to violence in the home is very harmful in the long run. Some simply say they have nowhere to go. In such cases, counseling in needful as most physically abused spouses have injured self-values.

If you are in a romantic relationship and your partner forces you to have sex outside your will, it is a form of abuse in accordance to helpguide.org It further continues to say partners that are abused physically or sexually are at a higher risk of being injured or killed.

A cord of two is not easily broken. There is strength in togetherness, in other words, any relationship, be it business, friendship or family should add value to your life. Is there tangible progress in your life as a whole?

To spot the signs of a toxic relationship is an easy thing as all you need to evaluate is the fruit of it. It’s easier than a romantic relationship for its dynamics are less construed.

Relationships sprout from feelings. People fall in love because of how they feel about someone or how someone makes them feel. The only relationship not born out of feelings is blood relations.

So it would be naïve not to evaluate a relationship on emotional grounds. Mary Angelou has been quoted to have said that people will always forget what you said, what you did, but people will never forget how you made them feel.

Check if being together makes you feel good or bad at the end of the day.  Finally, be honest with yourself and bold enough to kick the person to the curb. Unlike family, friends can be changed, so go ahead and make that change if the relationship is toxic.

8. Every Relationship that drains you is toxic:

There are no two ways about this. Anyone who sucks the energy out of you is as toxic as they come. If you know someone that you don’t look forward to seeing, then that is a sign of a toxic relationship. A relationship’s purpose is to make you better, not bitter. 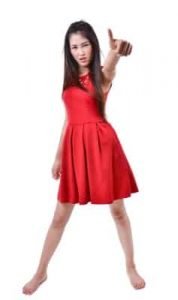 We’ve all had that friend who thought your business is everyone’s business and your secrets should be on billboards.

That’s disrespectful in every way. Most of such characters are burnt and wonder what your problem is when you are offended.

Anyone who does not respect you, your values or your space should not be in your life, to begin with.

The rule of the thumb of being in a healthy relationship is treating others the way you want to be treated. Respect should be mutual in every relationship.

10. You are forced to keep secrets:

If you are in a toxic relationship that the other party’s secrets cause you to have cognitive dissonance in your life, then you should walk out of it.

Psychologists describe cognitive dissonance as the mental stress or discomfort experienced by an individual who holds two or more contradictory beliefs, ideas or values at the same time or is confronted by new information that conflicts with existing beliefs or ideas.

For instance, if you are in a toxic relationship with a murderer, it does you more harm than good.

Romantic relationships and parent/child relationships are famous for this kind of toxic. You are not Bruce Almighty, so stop trying to be one for someone. There are responsibilities in relationships, but they should be realistic expectations. Expecting your son to be more concerned about you than his wife is unrealistic.

Of course, parents should be respected and helped in their old age, but as a son gently steer away from playing a role that is not yours. If you are married, and in such a relationship with your parent, it ends up being toxic to your marriage.

12. Someone wants to change who you are:

It is proven scientifically that people’s fingerprints are different even between twins. If you are relating to someone who does not approve of who you are, then they should not be around you. Of course, every human should look to better themselves, but not to change who you are intrinsical.

13. Puts you down in front of others:

If someone is calling you names in public, ridicules your opinions or makes you feel like nothing, then there is a problem.

One good thing about advancing in age is that you have already formed goals on what you want out of this life. You probably have mapped out how you would like your life to go.

Don’t expect someone else to steer your ship, you are the captain in charge. So if someone is directing your life in a different direction you don’t want, feel free to quit that ship.

It’s funny that people find this characteristic endearing in our intended ones, especially in romantic relationships.  In the book of Songs of Solomon in the Bible, it says that jealousy is as strong as the grave.

That’s how bad it can get if you are in a toxic relationship with someone who is jealous of any other connection in your life.

If you are in one where you are threatened with having other people in your life, or others are kept away from you, you don’t have the luxury of walking away from this one, run!

Emotional manipulation is a weapon used by those who are insecure about themselves. C Joybell aptly puts it when she says ‘There are those whose primary ability is to spin wheels of manipulation.

It is their second skin and without these spinning wheels, they simply do not know how to function’. Manipulators are the modern day playground bullies.

We should not confuse this with healthy social influence. Manipulators knowingly create an imbalance of power and exploit you to serve their agenda by detecting your weakness. 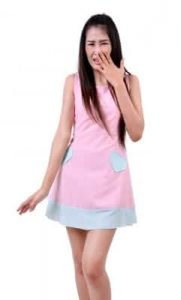 Self-centered characters are good at making use of others for their own benefits. Any friendship should be mutually beneficial.

If the other party seems to be benefiting more from you than you are benefiting from them, then it should be re-evaluated.

18. Your relationship feels more of a competition:

Frenemies is a common term used to refer to an enemy disguised as a friend. Such people are out to compete with you, not to make you better.

It can be toxic in the long term as it’s basis is more of competition instead of complementing.

Any association that does not value who you are as a human being is as toxic as it can get. Don’t let someone in your life who treats you like garbage.

Taking control might be hard as it might even require you to master your strength and walk out of it, but do it anyway.

If someone is the cause of your ulcers, blood pressure and every other stress-related illness, then that is clearly a bad toxic relationship.

According to an article by Catherine Morris on building stronger relationships, “trust is the bedrock for building a strong relationship”. If you cannot get honesty, loyalty, and respect from someone you are relating to, the relationship is doomed to fail.

Communicate your expectations to the loved one and if you can’t get what you deserve, then it’s not too late to call it quits.

Toxic relationships exist because they are nurtured by the two parties. For instance, you will be easily manipulated if you have low self-esteem.

Building a healthy relationship with yourself first is the most important thing in your life than being in any other relationship.

Work on your self-esteem and value because if you esteem yourself highly based on others, then it is like building a house of cards and expecting to live in it.

Image courtesy of Ambro at FreeDigitalPhotos.net

Images courtesy of anankkml at FreeDigitalPhotos.net

Image courtesy of anankkml at FreeDigitalPhotos.net