Top 12 Things Men are Terrified Of In A Relationship

Just had an interesting conversation with some friends, that left me wondering, are there things men are terrified of in a relationship? 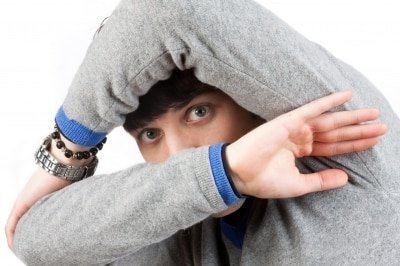 *This page contains affiliate links to products I recommend. If you purchase something from this page, I may receive a small percentage of the sale at no extra cost to you.

Come to think of it, men risk their lives to perform dangerous stunts, serve in combat, and even fight fires. When it comes to relationships, they go about life like nothing fazes them.

However, after we got deeper into the conversation, something interesting stood out. No matter how brave he seems, men too have fears. Let us look at some of the top 12 things men are terrified of in a relationship.

One of the top things men are terrified of is rejection. According to Thomas G., in his article ” The 3 Things a Man Fears Most: An Exposé of the Male Psyche” every man wants to be perceived as a seduction guru. With this comes the fear of rejection which often gets the man to question his attractiveness, suitability, or and even his masculinity.

Most men try to convince themselves that they don’t care about the outcome. However, no matter how much healthy self-esteem he possesses, rejection always stings. This is the reason why men do not approach women enough and also settle for unhappy relationships.

Women cannot fully shield men from the pain of rejection because they cannot accept every advance. However, women should strive to be kind and civil when refusing genuine advances from their male counterparts.

A dismissive, cruel, or an ungrateful no hurts the male psyche while a graceful no hurts much less. Men too need to learn how to handle rejection. The need to understand that the rejection has nothing to do with their masculinity or suitability.

2. Whether he is good enough in bed

Typically, men always want to have sex with almost any kind woman. Though he might not necessarily want to do it in real life, he is always fantasizing about it in his mind. Sometimes his sexual fantasies and fetishes scare him into thinking that he is weird. This is the reason why; most men take their sexual fantasies to their grave without sharing them with their significant other.

Moreover, normal women do not need men to perform unrealistic pornography stunts. Transparent communication with your partner can effectively iron out your intimacy issues in a relationship.

3. Whether he makes enough money?

The guys were quick to admit that money is a big deal in relationships. They often assume that the one with more of it often takes the lead. Men have an innate need to take the lead. Money also makes a man feel valuable since it enables him to:

Having limited access to money is one of the things men are terrified of because he fears that he will not be respected by his partner. This fear is more prevalent if his partner earns more than him.

However, this can be easily resolved by walking the financial journey together. This includes paying all the bills together. On the woman’s part, she needs to show that she appreciates his efforts, and also allow him to take the lead.

Though this is not the case for every man, a lot of them fear commitment. Here’s the reason why. According to Kyra Sheahan in the article Things Men Fear in a Relationship,’ men are afraid of the kind of change that comes with a relationship.

Bad past relationships may also be a significant contributor as they try to avoid going through the experience again. Because change is inevitable, men should be courageous enough to embrace it to overcome the fear of commitment. Men need to understand that there will be no progress in their life without change.

From the above point, it is clear that a lot of men fear monogamy. However, one of the most common things men are terrified of is being cheated on by their woman. A man has certain non-negotiables once he’s invested in a relationship.

He is concerned more about physical cheating than emotional cheating. When this happens, it will be hard for the relationship to recover. Some men have a heightened fear of being cheated on because that has happened in a previous relationship. Thus, before you get into the next relationship, ensure that you’ve made peace with wounds caused by unfaithfulness in your past relationships.

A man’s ego is very delicate. The last thing he wants is to be looked down on by anyone in public particularly his woman. This can seriously bruise his ego. Humiliation goes beyond bashing him in public or on social media.

Just flirting with another man especially his friends is humiliating enough. If a man feels disrespected over and over again, he may get violent or walk out of the relationship.

A man needs to clearly communicate to his spouse that he cannot tolerate such disrespect. The woman, on the other hand, needs to learn how to handle her discontentment through proper communication.

7. Fear of Measuring Up

Women generally have a lot of expectations in relationships. Kyra Sheahan in her article “things-men-fear-relationship” on datingtips.match.com mentions that one of the things men are terrified of is whether they will measure up to these expectations. These mainly entail being successful; i.e., making enough money, being good in bed, being good with kids, offering emotional support among others.

Because she will always have expectations, it is important that you learn how to manage them. The ladies should also try to have realistic expectations from their men. If the guy feels that the relationship will cause him too much pressure, he will avoid getting into a relationship with you.

Men are all about relevance. They want to feel important and useful. This could be through providing for his family, doing meaningful work, or simply feeling needed and wanted in a relationship.

According to Thomas G, when you make your man feel irrelevant, resentment grows. As a result, he will seek relevance elsewhere by hanging out more with friends, working long hours, or even finding a more suitable companion. As such, you should find a way to appreciate your man’s efforts whether big or small.

9. The need to Keep checking in

Men generally understand that communication is a big part of the relationship. What they don’t like is to feel like they have to ask for permission to do things they like doing. The is nothing wrong about wanting your partner to communicate his day’s agenda.

However, men tend to feel suffocated when they have to check in every time they want to do something with their friends or go somewhere. Showing him that you can trust him by not requiring to know every detail of his day makes him feel that he has control of his time.

This is one of the things men are terrified of most in a relationship. Here’s why. He doesn’t want to be compared with your exes. Men do not want to have to deal with emotional baggage they are not responsible for. He wants to start a new relationship on a clean slate. This is also one of the reasons why men avoid dating a woman with a kid or with any other kind of baggage.

The man is afraid that he will be judged for the actions of another. He also believes the more intimate you get the more this baggage will surface. On the other hand, men too have their own emotional baggage.

This is more or less similar to having to check in. Men are afraid that once they get into a relationship, they will no longer be able to hang with their male friends. This is a mans sacred time, where he can be completely free and have fun.

As such, ladies should encourage their men to spend more time with their male friends. This is because it gives them an opportunity to unwind hence a better relationship.

12. Getting to know her friends and family

This is usually a big step in the relationship. It usually signifies that the relationship is getting more serious and also determines its future. There are a lot of things men are terrified of in this case.

The society has huge expectations from men. It expects him to get a beautiful wife, beautiful kids, a good source of income, protect the family, have a stellar performance in bed among others.

Though men go through life seemingly all tough and fearless, there are things that they are actually afraid of particularly when it comes to relationships