You’re probably looking for free dating apps to help you find your perfect match; we know being single can be depressing sometimes.

There are millions of singles out there just like you. So the easiest and best way to connect with them is through; preferably free dating apps. 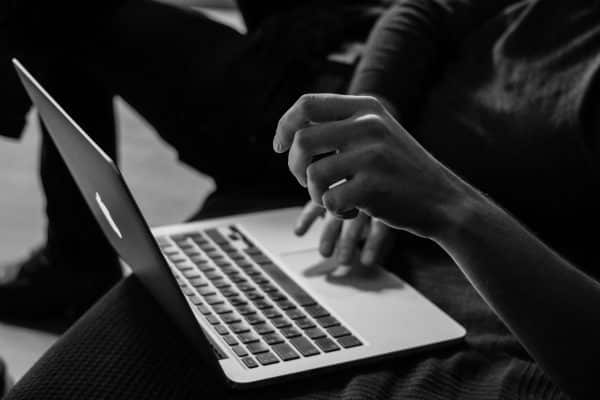 Photo by Sergey Zolkin on Unsplash

*This page contains affiliate links to products I recommend. If you purchase something from this page, I may receive a small percentage of the sale at no extra cost to you.

One really doesn’t have to spend much searching for a soulmate; therefore, we’ve decided to come up with 12 best 100% free dating apps that will help you get in touch with that wonderful person. Listed below are free dating apps you should try out:

Chemistry.com free dating apps provide a more guided approach to online dating than other sites. They will match you with other members based on compatibility using their in-depth personality test developed by Dr. Helen Fisher.

She is an anthropologist with more than 30 years of experience researching relationships. Chemistry.com is the sister site of Match.com, and was developed to focus on finding you deeper and long-lasting relationships.

It has a system like that of OkCupid (albeit more advanced) where a user is given questionnaires to determine their compatibility to another user. After the assessment, a user is judged and then matched with a perfect partner.

The assessment results can land you in either of four categories; director, builder, negotiator or explorer. Chemistry.com being one of the best dating apps boasts over 11 million users.

MocoSpace has been around since before appstores existed. Since 2005, it has been a leading site for meeting new people. They also have Android and iOS apps that are absolutely free dating apps. If you’re afraid they’ll try to sell you to a $30/month membership fee, don’t worry. It doesn’t exist.

They also have more features than many other dating apps — with chat, instant messaging, and even some games in addition to highly customizable profile pages. The sign up process is straight forward, and you can set it up in less than a minute.

If you want to skip the nit and grit, you can just automatically log in through your Facebook or Google account. Mocospace has grown to have 100 million members all over the world making it one of the best dating apps with headquarters in Boston, Massachusetts, and Herzliya, Israel.

The first rule of online dating is to meet before you start developing a connection with the person on the other side of the screen. You might not have any chemistry once you meet and that’s just awkward if you’ve already developed feelings.

The great thing about HowAboutWe is that it encourages quick meet-ups by asking users to post dating ideas. And also to connect in person rather than connecting by text. The free dating apps provide a component of the online dating community that has been overlooked by other best dating apps.

Although the standard of the app is like that of other dating apps, it also has its own uniqueness. HowAboutWe can be accessed through its website on a desktop computer. And its app is available to download for free in the Apple App Store and Google PlayStore.

How could we not choose the love child of an all-in serious site and a laid back, millennial swiping free dating apps as Hinge? Hinge offers the minimalistic, download-and-go feel that impatient people love, but mixes in pinches of seriousness and a smart matching algorithm to give you a real shot at finding a long lasting relationship.

Hinge is another free dating apps that have been steadily making a name for itself. It started as a dating app that connects you to friends of friends using your Facebook profile. Then they revamped their look, and their style, to be the anti-Tinder relationship app.

That means, no more swiping. Instead, Hinge has a steam of profiles that you scroll down through before saying no. The profiles have a different style too—they use photos and short questions you can like and comment on.

True to its name, SpeedDate helps you get hooked up fast. This is made possible by the various communication channels that the site offers including text, audio and video chat. With a user base of more than 9 million users, you the guarantee of a fast response is sure. If you are looking for a site that makes things happen, this is your go-to site.

Enter the world of high intensity, fast-paced connections and fun experiences with Speeddate.com. It revolutionized the online dating community by providing a live interface within minutes with potential matches.

Speeddate.com, has a community of over 60 million online speed dates. Meeting up to 15 new potential matches per hour with video and instant messaging capabilities. Speeddate.com provides a platform of exciting meetings, interactions, and possible relationship matches. Launched in 2007, by two Stanford Business School graduates, Simon Tisminezky and Dan Abelon.

It’s not surprising Tinder made the list of free dating apps – it’s been one of the most popular dating apps out there since launching in 2012. The premise is simple – swipe right on a photo if you’re interested, left if you’re not. When both people swipe right, they set a match, and you can start exchanging messages.

Tinder keeps it simple, and if you’ve ever tried to create a profile with many of the top online dating sites like Match or eHarmony, you know that it can be a pretty lengthy process involving uploading photos and filling out drawn-out questionnaires.

This is partially due to the type of audience these sites are trying to serve; they want to help people who are looking to match with others on a deep level, with people they could potentially spend the rest of their lives with.

Not just a dating app. MeetMe gives people the opportunity to catch up with new and existing friends in the area. Catch up with someone new for a coffee. It might be nothing more than friendly conversation or it might be something more.

Since its founding in 2005 by The Meet Group, the dating app has grown to a large number of millions of active users – may be a small fraction of the memberships on sites like eHarmony or Match.com and a tiny drop in the bucket compared to PlentyOfFish, which boasts upward of 80 million members.

Regardless of the number of members. The real question is whether or not signing up on MeetMe is a smart decision for you as someone seeking for the best free dating apps. It’s really the perfect recipe.

This free dating apps boasts over 9 million users. It offers you a chance to meet people who share your values, morals, and traditions. It is the most popular specialty dating site online. Christian Mingle offers profile matching to help you find a matching friend, lover or spouse

. Besides profile matching, you will enjoy other features such as dating tips for Christians, Bible passages, singles events, relationship advice and much more. According to them, connecting single Christians is not a business but a calling. Christian Mingle dating app is considered one of the best dating apps.

Initially started in France, Happn is a free dating apps founded on the idea of missed connections. (Yes, just like Craigslist.) It tracks your location and sends you matches based on where you’ve been but doesn’t disclose the exact place you’ve passed by.

It’s a great way to get to know people in your area. It has some fun extra features that let you send songs of voice messages to each other.

Rather than creating matches based on algorithms or personal aesthetics, Happn links its users up with those they’ve physically passed throughout the day. This concept brings chance encounters back into play – a dating trait that stems back to the pre-internet dating days. City dwellers are in luck – especially those who work or live near office buildings.

OkCupid is included in the list because it’s among the best dating apps. OkCupid’s matching strategies are based on non-traditional questions and push for lasting connections. Plus, since it’s one of the first free dating apps ever (it debuted in 2004), its trusted name brings along a robust user base.

Free dating apps like OKCupid can seem like a no-lose proposition. After all, what do you have to lose in trying out a free dating app? This is exactly what the folks at OKCupid are banking on.

Bumble is a location based free social and dating app which offers a user to communicate with the interested users. It’s one of the more popular dating apps for a few reasons. First off, men aren’t allowed to reach out to women first.

This puts the ball in the woman’s court and helps alleviate unwanted contact from strangers on the app. If you’re a woman and you’d like to chat with a man, you have to take the first step.

You can find the Elite Singles app in the App Store and on Google Play, and you won’t have to pay anything to download it, upload your information and photos, search through profiles, receive matches via an exclusive algorithm, and communicate in specific ways (e.g., send virtual winks).

In addition to the lack of cost, Elite Singles is highly respected. Mainly because over 80% of its members have a higher education degree such as a Bachelors or Masters.

Elite Singles, which markets itself as a website for serious relationship seekers only, promises to make finding a needle in a haystack easier by removing all the chaff – and relies on an extensive personality test to find users high-quality matches quickly.

Making it one of the best dating apps and the fastest-growing online discovery network. And if you go to the Dating section on Google Play, you’ll find that HitWe is in the top spot in over 70 countries.

HitWe dedicates themselves to providing all the tools you need to “meet real people for free.” What makes Hitwe popular and unique among other dating sites is its feature to send a message without even waiting for a successful match. It has a convenient chat function that lets users chat with other users almost immediately.

Meeting someone to date is hard, but it can also be a blast. With the rise of dating apps in the past few years, it has undoubtedly made dating seem easier. And at least more accessible.

You get to know people who are actually interested in dating…not like that guy/lady you’ve been eyeing whom you thought was interested in you and when you approached them you came back regretting.

With the listed 13 free dating apps, you’ll meet who’s also there for the same reason as you.