How To Attract Women: 7 Ways that never Fail

It seems that when it comes to men chasing women, we guys are divided into two camps: the nice guys… and the bad boys. This is a very extreme way of looking at things, making men think that they have to make some huge decisions with serious repercussions, like choosing between the Jedi and Dark Side, good and bad, black and white. 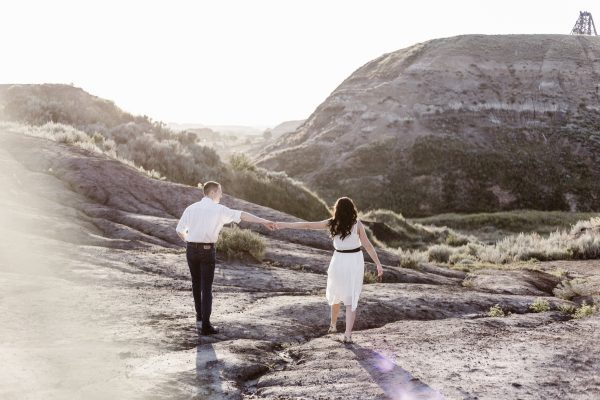 But what about the middle ground? If you’re a nice guy who puts women on a pedestal and lets them get away with everything, you certainly can’t let them keep doing this. But if you’re a bad guy who treats women like yesterday’s garbage, you’re not gonna do much better either. So there’s got to be some compromise.

Here are my seven proven techniques for getting women by embracing your “inner bad boy”–while still allowing yourself to be you.

If there’s one thing girls love, it’s a surprise. There’s nothing better than keeping them on their toes. Do this by going against social norms; for example, giving her the “black power fist” when she’s expecting a handshake. Or walk up to her and challenge her to a game of thumb wars. As you’re having a great conversation, say you’ve gotta leave. This all goes

As you’re having a great conversation, say you’ve gotta leave. This all goes a long way towards making her heart flutter and making YOU more attractive–without being a complete doo Sch bag.

Unfortunately, nice guys always do what they’re SUPPOSED to do. They say hello, ask sincerely how a girl is, stare in awe as she says she’s a model. BORING. Nah, you’ve gotta release your inner bad boy by doing the stuff you’re NOT supposed to do.

Show her you’re fun, show her you’re fearless: flirt shamelessly, grin at a sexual comment, tease unabashedly. You don’t have to be a complete jerk to do these things, just a guy who’s confident that he’ll get away with things that aren’t “the norm”. Girls love to not know what to expect, so do the unexpected!

I’m not saying to break the law, but don’t always go by the rules. Show her you’re fun, break conventions here and there. So what if there are people watching! Give her a big kiss in the middle of the street.

So what if boardwalk is closed? Take her for a romantic midnight stroll Who cares if the speed limit is 50? Drive her at 75 and watch her scream in delight. You don’t have to be a complete jerk to show a girl some fun.

If you’re not already at a gym or into martial arts, now is the time. Girls love a guy who can kick butt. It’s the part of the bad boy that makes them feel safe and secure. So get to work on your body–nothing says irresistible like a man in shape who can kick some butt.

Show her your confidence, your self-absurdness by taking her hand, walking on the side of the sidewalk closest to the street, and never backing down from any situation. That’s not a license to get into fights, just to make her feel protected.

This is a strategy you can’t go wrong with. Bad boys never let a girl get away with unacceptable behavior. If she’s talking like she’s the greatest person ever, they’ll joke, “Man, if this lady’s ego gets any bigger we’re all gonna have to evacuate!” If she says she’s a model, say something to the effect of, “Oh yeah? Is that it?” And show her your value by saying, “Listen, I’m afraid I’m not gonna be able to stay around. Your mouth is destroying my ear drums.” In other words, don’t be afraid to joke around and put her in her place!

You don’t need anyone, you’re not dependent on anyone, and you don’t have to cling to anyone. If she thinks she’s too good for you, you get right up and move to the next girl, because you’re a catch and you know it!

Remember, you don’t have to be a complete bad guy to get the girls. Just embrace the winning characteristics of bad boys, and you’ll be lining up women left and right!