Failing marriage is something that a majority of couples have to contend with today. Many are the relationships which start developing cracks as soon as they are formed. Due to the lack of premarital counseling, many married couples start to drift towards divorce as soon as they say, “I do.” 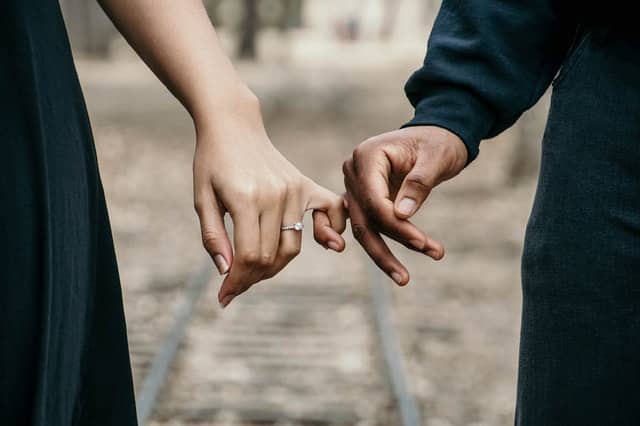 It is hard to understand why most couples fail to take note of the signs of cracks in their marriages. For many, denial of the facts is the default mode. They just cannot see what interventions they can embrace to save their relationships. Blinded by ‘love’, they think they have a formidable relationship when they don’t.

Whether you are a man or a woman, you need to know how to take note of these signs before your marriage starts to fail. When a failing marriage is noticed early enough, the relationship could be brought to an end due to failure to meet eat other’s expectations. In ‘15 Signs Your Marriage is Over’ it is suggested that a failing marriage should be relooked at as soon as things start going wrong.

So how do you distinguish between mere dating and an established relationship? Once you know the kind of marriage you are into, it is easier for you to decide whether you should continue or end it there. The biggest mistake you can make is to rush into wedding plans after going out on only a few dates. Don’t be deceived. Although you may think of yourselves as ‘soul mates’, you could be in for a rude shock when you finally get married.

Look out for the following subtle signs in your partner. Discovering them early could be the difference between marital bliss and a broken relationship.

Don’t be deceived. The actions of an abusive partner cannot be excused. You are not being abused because of the things you have or haven’t done. According to ‘9 Warning Signs Your Relationship is Headed for Collapse’, that is just an excuse. Although they may not know it, abusive partners have deep-seated issues that must be recognized and dealt with. In most cases, a failing marriage begins at the point when abuse comes in.

Abusive partners are controlling and have no respect for the other, no matter how much they claim to be in love. The only way to get over this is by having your partner seek professional help. But they have to be willing to do it. If they don’t, then you should take steps and end the relationship soon enough.

A marriage is a partnership and all the decisions cannot be left to just one individual. In the view of ’17 Signs You’re In an Unhappy – Or Loveless – Marriage’, there needs to be room for discussions and consultations with each other before major decisions are made. If your partner keeps insisting on having their way and is not willing to compromise, then you have a failing marriage.

If this need for control is not curtailed on time, you may end up losing self-respect, self-confidence, and ability to make decisions. While this could be a major issue during the relationship, its effects may follow you long after you have called it quits. If he or she was the one making all the decisions, just how are you going to gain the confidence to make decisions affecting your personal life?

People in good relationships make love all the time, right? Well, they should. But sex shouldn’t be all the relationship is about. Important as sex is, you should make your marriage about much more than just that.

At the beginning of the relationship, both of you are young, good-looking, and energetic. That’s when you can have sex almost on a daily basis. As you start getting children, growing older and become not so good looking, the intimacy spark may start to wane. After all, you are not going to be young and energetic forever.

One thing you should know is that failing marriage can negatively impact how much sex you have. According to ’10 Signs, Your Marriage May Be Doomed’, sex is not easy to enjoy when you are in a miserable relationship. First, you should work towards having a deeply rooted relationship before you start thinking of your relationship’s physical aspects. 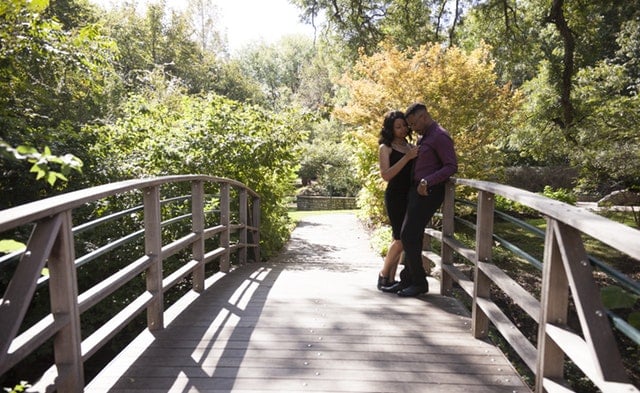 Are you in a failing marriage? How often do you communicate with your partner? When you can no longer talk to your partner, then the relationship is really on the rocks. Despite its cause, silence in a relationship can only worsen things.

When you lose the ability to comfortably approach your partner on issues affecting the two of you, you start making assumptions. According to ’10 Signs of a Failing Marriage’, the relationship can only deteriorate. It is only when you start having honest conversations that you can fix a failing marriage.

Married couples that stay together are the ones that have genuinely common interests on which you will build a foundation. But you also need to take interest in each other for you to have a good relationship that actually works. If you don’t, then you shouldn’t be surprised when you end up with a failing marriage.

When a partner lacks interest in you, it is possible for you to interpret it in all manners of ways. The confusion that comes out of that could lead to a failing or unfulfilling marriage. When you show genuine interest in each other, you end up creating trust, respect, and harmony. These are the hallmarks of a great relationship.

To reiterate, a marriage is a partnership between two consenting and mutually understanding adults. So why should you be left feeling you need to measure up to your partner? If you cannot be absolutely yourself in front of your spouse, then you have a failing marriage to contend with.

For a marriage to succeed, you have to be ready to make a lot of compromises and sacrifices. But that does not in any way require you to completely change who you are for the sake of the relationship. Don’t allow your partner to put you on the defensive for seemingly reasonable actions. According to ‘7 Warning Signs Your Marriage May End in Divorce’, your partner could be out to devalue every opinion you hold.

Granted, there should be some form of constructive criticism between two partners in a marriage. However, if you are critical to making one partner feel devalued, then you are staring at a failing marriage. After all, when one of the marriage partners loses self-worth and self-confidence, the result is a marriage full of tension. 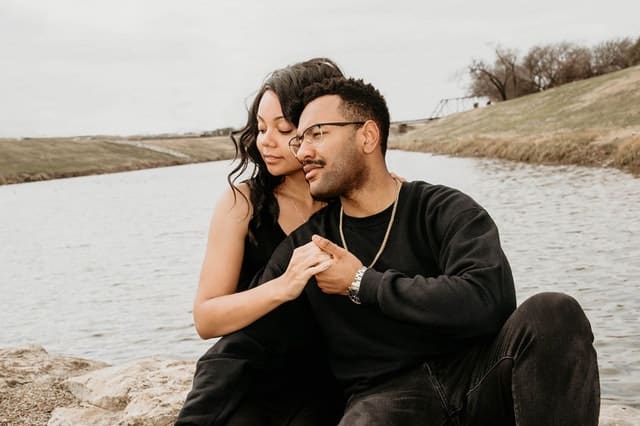 In a normal marriage, people will fight for various reasons. But when the default response to each other’s concerns is to fight, then you are faced with a failing marriage. Fighting could mean your partner doesn’t respect your opinion or they are overly insecure. According to ‘5 Signs of a Failing Marriage that You Should Watch Out For’, find out the reasons for your partner being aggressive. Only then can you decide to end the relationship.

It makes no sense for partners to fight over issues that have no significance whatsoever. If this is the reality in your relationship, then you should find out the deeper issues that need to be addressed. To remove your marriage from the brink of collapse, you need to identify and address the deep-seated issues.

When you have a spouse who is ever trying to hurt you, then you are in a failing marriage. Why should he/she intentionally hurt you when they claim to have your interests at heart? Come to think of it. Could your partner be hurting you so as to find a way out of the relationship? Is it likely that he/she is trying to push you into initiating the final separation?

A marriage relationship is voluntary and hardly forced. Be afraid if every time you spend time together you feel stressed out. According to ‘Warning Signs of a Troubled Marriage’, chances are that you are staring at a failing marriage. If your relationship doesn’t feel natural but always has you stressed out, then you should take a critical look at it and know where the problem lies.

Having mutual understanding starts when you are able to share all the responsibilities in the relationship. There is no reason for leaving one of you overwhelmed by the demands of the relationship. When a marriage has unbridled inequalities, it causes stress to the affected party. This isn’t a situation you want to find yourself in. 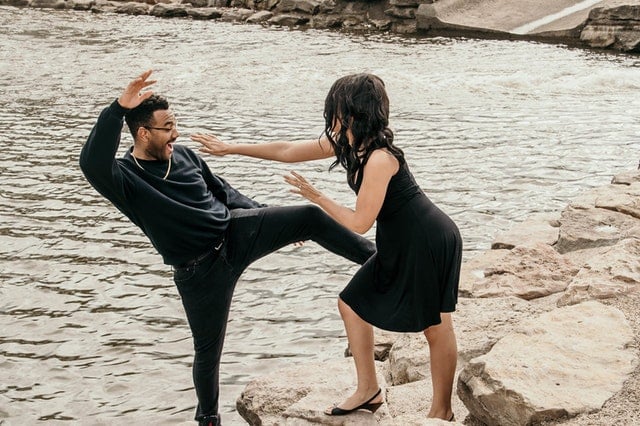 In a marriage relationship, you are supposed to compliment, not compete with each other. When a spouse is ever downplaying your achievements while emphasizing their own, then you have a troubled marriage. In a working marriage, something that’s important to one is treated with the highest regard by the other partner. It is childish when you are ever competing for achievements or for attention.

When a spouse has a strong drive to win so as to make you look bad, then he/she doesn’t care about your interests. Just how do you expect your marriage to work when this pathetic behavior is the order of the day?

It is normal for your partner to feel jealous when you interact with members of the opposite sex. But when the jealousy becomes too much, then it is a warning sign of a marriage in deep trouble. Does your partner scroll your call list and read your text messages? If ‘yes’, then he/she is too jealous.

Watch out for such behaviors as reading emails and constantly demanding to know where you are and what you are doing. According to ‘4 Warning Signs Marriage Therapists Use to Predict Divorce’, a little jealousy is okay.

Since your marriage involves both of you, it is important that all of you make a positive contribution. For there to be mutual respect, reciprocity is important. When one partner is only concerned with his/her own needs, he/she will not be reliable when you are in need of their help.

You risk getting resentful and fatigued if you are the one who’s always giving. No marriage can survive when the burden of responsibilities is leaning more on one partner.

Did you know that a lack of communications and poor listening skills can lead to the breakage of the strongest marriage? This is according to ‘Beware! 5 Warning Signs Your Marriage Is In Deep Trouble’. It boils down to the differences in the sexes. While women like talking and receiving an ear, men find constant talking an unnecessary irritant. When they don’t get the ear they need, women may develop passive aggression, which may lead to a failing marriage.

For a marriage to work, the two of you have to really listen to each other. That’s especially if you want to avoid building up tension and hurt.

It takes a lot of work for a marriage to work. By watching out for any of these signs, you will be able to know what to do to make your marriage work. The sooner you address issues in your relationship, the stronger it will be. After all, marriage is life-long. Married couples who are already seeing these signs and more definitely need help. When it comes to the worst, the only way out could be quitting the relationship. 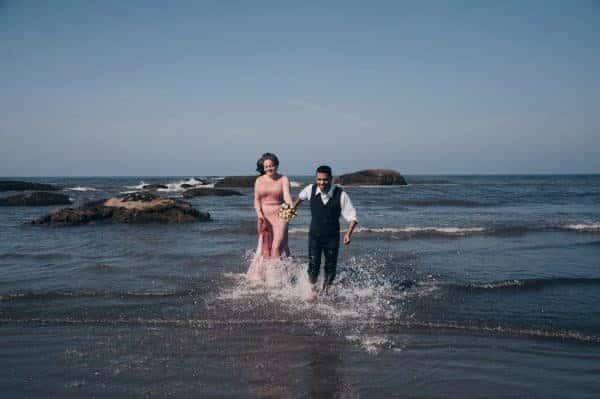 17 Hidden Secrets That Will Save a Failing Marriage

Why is your marriage failing? Could you have grown apart? this article will give you seventeen tips that will help you to save a failing marriage.........