In any marriage, the honeymoon phase lasts only for a short while. With time, you lose the urge for public display of affection and settled down into a comfortable, mutually workable rhythm. At the very worst, you will grow out of love with each other ending up unhappily married.

The problem is that you might not even know it when unhappiness sets into the marriage. For some reason, you no longer have mutual physical ambition, desire for intimacy, and you are stuck in a rut. Even though you cannot explain where you are, it is clear you are unhappy in marriage.

Here are some of the unhappy marriage signs:

If you aren’t having any physical affection and intimacy, you are unhappy in marriage. That includes the lack of sex, kissing, hugging, and cuddling. So how was your marriage initially? Were you having lots of cuddling, hugging, kissing, and sex?

How does that compare with your current situation? If you are having sex less than 10 times a year, you are unhappily married. Jane Greer, in her book: “What About Me?” says your marriage is in trouble if you aren’t kissing or hugging. So that means taking steps to improve physical intimacy in the relationship.

Are you finding it hard to spend time with each other? If so, then you aren’t happy in marriage. You could be in the same room but each one of you is doing their thing. For example, one could be watching TV and the other busy on social media.

You no longer plan to have common activities and no longer feel happy in each other’s company. With time, you have accumulated so many negative emotions that your spouse looks like a stranger. You rather spend time apart than together. That’s one of the unhappy marriage signs and needs quick action to remedy it.

According to John M. Gottman, author of The Seven Principles for Making Marriage Work, happy couples have open, meaningful communication. They share their thoughts, dreams, frustrations, desires, and appreciate each other. In the absence of that, you can only have unexplained silence, stonewalling, and short meaningless conversations.

If it has been long since the two of you had deep, open, and meaningful communication, you are unhappily married. When something happens at work, you would rather share it with someone else and not your spouse. You aren’t in a happy marriage and you should do something about it.

Healthy marriages have arguments from time to time. When they do, they quickly resolve their differences and move on with the relationship. It gets worse when you start holding grudges, ignoring, and constantly criticizing each other.

In her book: Communication in Marriage, Katerina Griffith says constant criticism is an indicator of a growing gap between spouses. With criticism, you tell your spouse the things that they are doing wrongly and how unworthy they are. It is an indicator of dissatisfaction with who you are and the marriage you have. In the subconscious, there is something wrong and you need to discover it.

Are you have unexplained and undiagnosed physical symptoms? Is it becoming hard to find a remedy for the pain in your body? Chances are that you aren’t sick and your marriage is to blame for everything. One of the most subtle unhappy marriage signs is feeling angry, lonely, vulnerable, and drained.

The result is one or several physical symptoms including headaches, constipation, nausea, diarrhea, back, or neck pain. In that case, your body is only responding to the unsaid words, feelings of helplessness, and accumulated disappointments. If you want a remedy, check your marriage and fix it.

How do you react when issues arise in your marriage? Do you quickly start making excuses, never accepting guilt? Are shaken by the likely consequences of your actions? One of the biggest unhappy marriage signs is always making excuses and playing defensive.

In her book: Love More, Fight Less, Gina Senarighi says mutual trust and taking responsibility are signs of a happy marriage. Without that, you only start feeling frustrated and drifting apart from each other. Instead of getting defensive, you should learn to acknowledge and take responsibility for your mistakes. Photo by Alex Green from Pexels

We have already discussed how unhappily married couples don’t spend time together. While that’s serious, it isn’t worse than doing everything to avoid seeing each other. Say you are in the bedroom and when your spouse enters, you decide to move out. Or, you have recently started staying late at work, never arriving home in time for dinner.

For some reason, you no longer want to spend time alone with your spouse. The negativities in the relationship have built up, and spending time together feels negative. You can change the situation by arranging to meet your spouse no matter how unpleasant you might feel.

Unhappily married couples tend to fantasize about life without their partners. Even though subconscious, they begin to imagine the great life they will have when the marriage ends. In the book: I Love You But I Don’t Trust You, Mira Kirshenbaum says fantasy is an escape from reality.

It comes when living in the reality of distrust, negativity, problems, and lack of intimacy no longer feels comfortable. Since you are unhappy with the happenings in your life, you start testing the better alternatives. It would help if you acknowledge you are in an unhappy marriage and start doing something about it.

Is one or both of you always see yourself as superior to the other? How will you know that partners are always undermining the other? When you always dismiss problems as not being a big deal, accusing your partner of overreaction, there is a problem.

In the book: Love and Respect, Emerson Eggerichs says couples should acknowledge problems, be vulnerable, and say what they mean. That’s to avoid having a loveless, lifeless, and unhappy marriage. With that, you will have a partnership, mutual affection, and make a mutual effort to improve the relationship.

Unhappiness in marriage is often marked by a lack of interest in what’s happening in each other’s life. It comes about when you stop talking about your day, hobbies, or feelings. If you were asked what your partner is up to. And, you can’t even talk in a meaningful way.

All you do is greet each other, smile, say a few things, and head off to work. It has been a while since you shared your plans or updated each other on some situations. You are not just unhappily married but you can’t trust each other.

Unhappily married couples usually blame extraneous factors and other people around them for their loneliness. They are quick to connect hurtful and lonely feelings with their work or other issues that didn’t cause their misery.

For these couples, it would help if they recognized that the main cause of their misery is unhappiness in the marriage. That’s why they should quit the preoccupation that other extraneous factors could be behind their misery.

In her book: Insecure In Love, Leslie Becker-Phelps says recognizing the real cause of loneliness can help you overcome it. You can then work to make your marriage better and happier.

How long have you watched as the connection, communication, and trust between the two of you wanted? Since you no longer talk or engage in anything meaningful together, you suspect that your spouse is cheating on you. While your spouse may not be in an actual affair, suspecting them is one of the unhappy marriage signs.

It is an indicator that all is not well in the relationship. As Gary Shriver says in his book: “Unfaithful: Hope and Healing After Infidelity,” you should investigate the cause of your suspicion. After that, you should take remedial steps to restore the relationship if you want to be happy in marriage.

Have you or your partner had an affair? How did you handle the truth when you learned about it? It is possible that you talked and resolved your differences in the aftermath of the affair.

However, that doesn’t erase the fact that it did happen. In When Good People Have Affairs, Mira Kirshenbaum says re-establishing trust takes after an affair. That’s mainly because it is difficult forgetting that a partner cheated on you. Therefore, you end up unhappily married with one of you becoming more controlling because trust is a major issue.

Are you having constant fights in your marriage? If yes, then there could be huge underlying problems that you must deal with.

However, not fighting at all is an indicator of even worse problems. That’s because fights happen in every relationship and the difference lies in how you deal with them.

For example, you could scream at each other and apologize sometime later. Of course, every healthy relationship involves fights that partners deal with amicably.

It is different when you stop fighting. Either you have given up on the marriage or you don’t care about your partner’s view. So you cannot expect to be happy in marriage without investing energy and time to fight for your relationship.

One of the biggest unhappy marriage signs is when you have trouble remembering the last time you laughed together. The absence of laughter in marriage indicates diminished affection, trust, and mutual appreciation. All you have is a sense of emptiness that makes it hard to laugh together.

It’s time you had an open conversation about how you feel and perceive your marriage.

Do you often hold grudges against your spouse? Realize this: your partner is an imperfect human prone to making mistakes.

If you hold grudges forever, you have controlling behavior, trying to prove that you are the better partner. It could be surprising that whatever makes mad is trivial and easy to ignore.

When you or your partner neither ask for nor accept an apology, the relationship is in grave danger. It can lead to dissipated connection, diminishing intimacy, and lack of intimacy. When things escalate to that level, the marriage is in grave danger.

One of the most important unhappy marriage signs is the absence of physical attention and intimacy.

It is exacerbated by couples not prioritizing spending time together. Where open, meaningful communication no longer exists, the two of you can’t stop criticizing each other.

However, some unhappily married couples make excuses, play defensive, avoid each other, or fantasize about life apart. Still, others dismiss the other’s feelings, don’t follow up on their partner’s lives, causing feelings of loneliness.

Where there’s suspicion or evidence of infidelity, the couples are likely unhappy in marriage. It gets worse when you no longer fight, laugh, or date each other. Holding grudges too long is also another indicator that you are not happy in marriage. 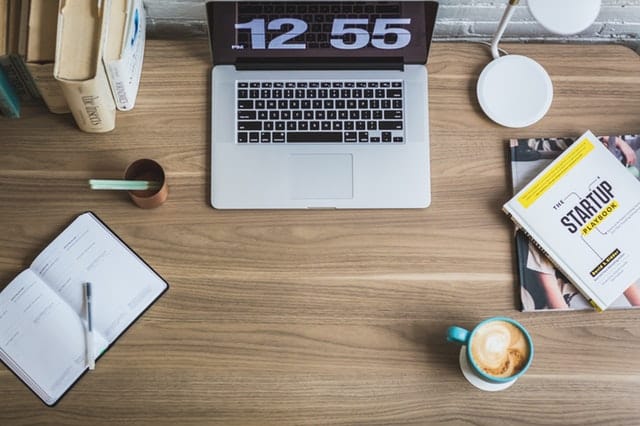 15 Marriage Books That Will Improve Your Marriage

There are many alternatives to attending therapy sessions like reading books to improve your marriage life. We have some best marriage books for you. 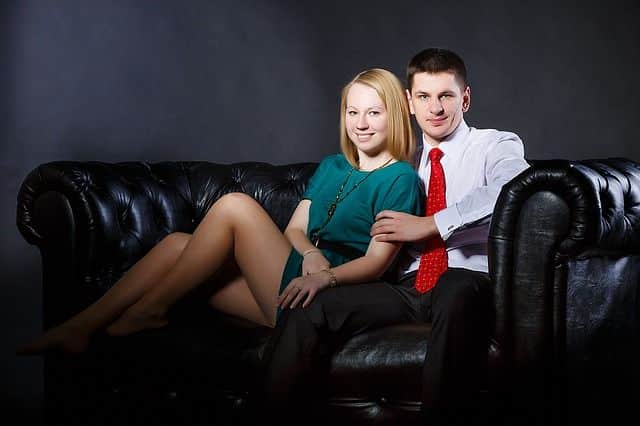 21 Benefits of Having Sex Frequently with Your Spouse

Sex is the engine that drives any relationship. Ask any couple who have sex frequently and they will tell you it’s the sex that keeps them together........ 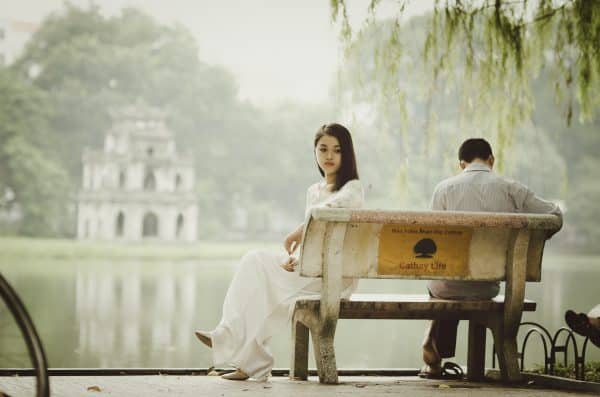 Have you started feeling lately like you’re stuck in a loveless marriage? You sit across the table, pushing your food around your plate. The only sound