17 Sex Mistakes Women Make and How to Solve Them

Women have millions of stories on how what they hoped would be great relationships ended up in total disarray! This is simply because of the small mistakes they made. While all relationships have issues emerging from both the man and the woman, most relationships end due to the existence of multiple and unresolved issues. Women in relationships may not recognize how their subtle and hidden behavior can amount to self-sabotage. 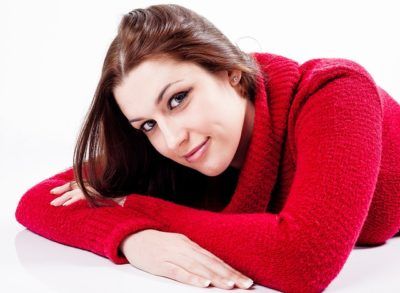 In a 2006 study published in the Journal of Family Issues, it was established that psychological problems among women are among the largest causes of divorce. This is supported by another study done in 2007 and published in the Family Process Journal, which suggests that psychological problems among either of the spouses can lead to divorce. A quick look at the two studies shows that most of the problems in relationships are not physical but psychological. Here are the unconscious mistakes that women make with suggestions on how to resolve them:

The most enduring thing that turns on a man is the way women convey themselves. So, don’t always look down on your body! Do something about it if you’re not comfortable with the extra kilos. Work out to get that perfect shape you’ve been longing for. Ensure you learn to embrace the skin you live in. So as to gain the confidence you need to live in your skin, walk around the house naked or ask your man to have sex with you while the lights are on. By owning your own body, you will have the confidence to show off one of your biggest assets, your body!

In today’s society, women have plunged themselves into all kinds of activities. You hear of titles such as business woman, mother, boss, caretaker, chauffeur, nurturer, and manager. One of the major role women have lost in today’s society is that which God assigned to the original woman – Eve. Women no longer seem to care that they are the manifestation of God’s beauty.

In her book The Power of Femininity: Rediscover the Art of Being a Woman, Michelle Mckinney Hammond, encourages women to go back to the place of expressing their femininity, more. Surely, women are fearfully and wonderfully made and just like Eve, they are the beauties in the story of life. So, as a woman, you need to carry yourself as the beauty you are.

Women can fall victim to the idea that their spouse has the ability to know or sense what’s happening to them. If you notice anything you don’t like or enjoy, speak up. Well, sometimes the sexual mood may be dampened when you speak honestly and communicate your needs directly.

In a 2002 study published in the Family Process Journal, it was established that frank communication can result in a more fulfilling relationship. If you are forthrightly frank with your partner, you can mend up things and experience even more sex. So be honest with your man when he wants to have sex with you. It doesn’t have to be a flat-out no. It could be a statement that gives him hope that he will get to eat the cookie sometime soon

There are several women out there who spend lots of precious time worrying about exhibiting ladylike behavior. Most of them avoid appearing pushy or coming on too strong for the fear of being labeled aggressive. Les Parrot, a professor at Seattle Pacific University, and author of Crazy Good Sex says that one of the biggest mistakes women make is failing to initiate! By fearing to initiate sex, women make men feel like they are always the initiator. Just like women, men want to be pursued too. So learn to initiate that sexual encounter you so much need and improve the levels of satisfaction in your relationship.

Women should get over the old-fashioned notion of sex being just sex for men or that women are not sexual. For most men, sex is a very vital act that doesn’t need to be minimized. According to research, both men and women find sexual intimacy with a committed partner to be very satisfying.

Parrot says numerous research studies make it very clear that people who get the best quality and most frequent sex are couples in marriages. In her book Eight Mistakes Women Make in Relationships, Tony A Gaskin blames women for misunderstanding men when it comes to sex. Women should never assume that men are not romantic.

This might be the case for most teenage boys who are willing and ready just about always. This may not necessarily be true for grown men who go through the pressures of daily life such as bills, family, and work. These activities have the ability to zap a man’s libido. Most women take a man declining to have sex so badly that they consider it something personal.

They react emotionally when their partner says they are not interested in sex. It is a case of double standards as women can be accused of always never wanting sex. Yet, they think that if their man declines the opportunity to tango, he doesn’t love them anymore. That’s definitely not true. Accept it, he might just is not in the mood for sex.

Couples who have lived together for a long time may want to spice it up a little by creating a little bit of variety. His request to start something new doesn’t mean he is unhappy with you or the kind of sex you are having together. So women should not go taking it personally. Still, you should ensure you tune into your comfort zone and should never feel obligated to do something you don’t want to do with your sexuality. Don’t follow your man’s suggestion to engage in something you consider immoral. Instead, make it clear that it’s off-limits for you as you give the reason why.

Many women are known to collapse into a heap, thank their men for great sex, leaving them dry and low. In her book The Top 12 Mistakes, Married Women Make…And How to Avoid Them, Tiffany Godfrey says that many women like it when the sexual encounter ends fast. If your man’s vital parts are, at that moment, dry and low go for his other parts like his mouth and hands. So tell him you are not done and he will continue to stimulate you. In case he’s feeling sleepy after that orgasm, tell him you also need to climax before he finally snoozes off.

The fact that you have gone through the painful experience of motherhood doesn’t mean you should go celibate. 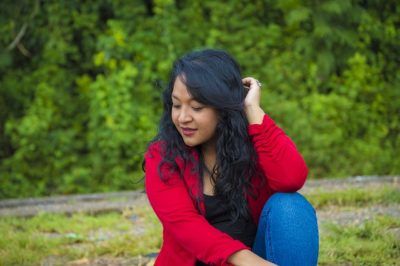 Although becoming a mom can have an adverse impact on your sexual desires, it doesn’t necessarily extinguish it. So ensure you start nurturing your sex life, once you are through with bringing forth a child.

You may want to leave behind small notes for him to discover during the day. Also, wearing something sexy under your normal nursing uniform or business attire can be a plus. In a 2005 study published in the Scandinavian Journal of Caring Sciences, it was found that new mothers have a problem with the way they view themselves. Whatever women do, they should ensure they present themselves as the sex goddess they are.

Try to imagine what your spouse should think if you just lay there like a corpse during intercourse. Women should ensure they get involved for great sex. So ensure you move and make some noise during the act. In a case of sex is not enjoyable for you, find out what is missing? To spice up their relationships women should try different sex positions or places in the entire house.

Women can sometimes feel threatened by other women and end up feeling unattractive. There is a reason why your husband chose you and not the other women. So ensure you remain attractive to his eyes. Tease him, tempt him, and seduce him.

Some couples do not like oral sex. So women should ensure that, before they get down there, they ask their spouses first. So ensure you share your thoughts while, at the same time, listening to his. Ask yourselves if there are other things you can do. Although you may not lack things you mutually agree on, you shouldn’t try them with blindly. So speak up and ensure you don’t use your teeth down there.

Research studies have shown that many women are still faking orgasms in the bedroom. However, there are some things that ladies shouldn’t do. Although you might feel the need to protect your partner’s feelings, faking it only encourages him to repeat the same old bedroom behavior! Orgasm for you the woman is then impossible to achieve.

In a 2009 study published in the Journal of Sex Research, it was established that women fake orgasms for reasons as wanting the sex to end, unbelief in the likelihood of orgasms, and a bid for positive consequences such as avoiding to hurt their partner’s ego. So stop pretending that what he’s doing is satisfying to you. Why not teach him things to do to actually enable you orgasm? Having honest communication is a sure path to a very satisfying sex life.

Men can sometimes be too quiet and stoic while at it. As for women, they may have an exact opposite problem. Open communication and talking dirty during sex, can spark your intimacy. So avoid discussing issues such as problems with your co-workers, the laundry, and weekend plans. Many guys find the intrusion of everyday situations into moments of sexual intimacy grossly unwelcome.

There are those women who can’t just stop chasing the bad guys. They are either attracted to the unavailable guys or do not just know what they want. Such women are prone to putting up with relationship nonsense with the hope that things will somehow change. They don’t know their true value. They have the mortal fear that they aren’t good enough and won’t ever be loved. Unfortunately, no man can really respect a woman who will allow him to treat her so shabbily. Call it a self-inflicted wound, and you will absolutely be right.

Men hate it when women they are chasing after try to turn them into the latest projects they have to fix. Many of them are fond of criticizing the way their men dress, speaking against his table manners, or making ridicule of his grooming or dressing habits. In her book Change Your Mindset, Not Your Man, Sally B Watkins says that constant nagging and complaining to change a man only makes matters worse.

As women, you might be wired to be nature’s caretakers, but surely must you always speak against your men’s manners? If anything, doing so is likely to result in heated arguments that may not end well. Know that unrequested suggestions are usually unwelcome and are at worst insulting and emasculating. It is natural for your man to want to be appreciated, seen, and heard.

Women should stop looking for men to complete them! They ought to invest in their own personal development so that when that great man comes along, they have a huge advantage in attracting and keeping the love they deserve. Woking to heal past relationship wounds is the perfect place to begin. Then working to connect with your man more efficiently is what should follow. Like all other things in life, it all boils to the right perspiration and preparation to get what one want in life. 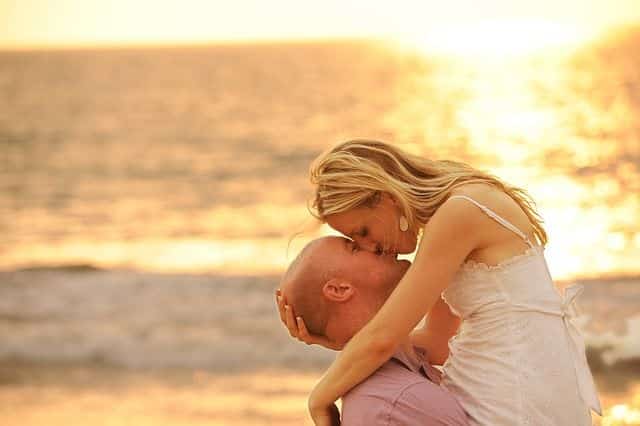 15 Myths About Sexual Pleasure You Need To Debunk

Sexual pleasure seems to be an issue that’s surrounded by so many myths. Most of these surround women and whether they have the ability to get an orgasm