How to Approach women with Confidence?

“Men are from Mars; Women are from Venus.” John Gray a renowned relationship counselor, coined this phrase.  He turned it into a classic guide for understanding the opposite sex. 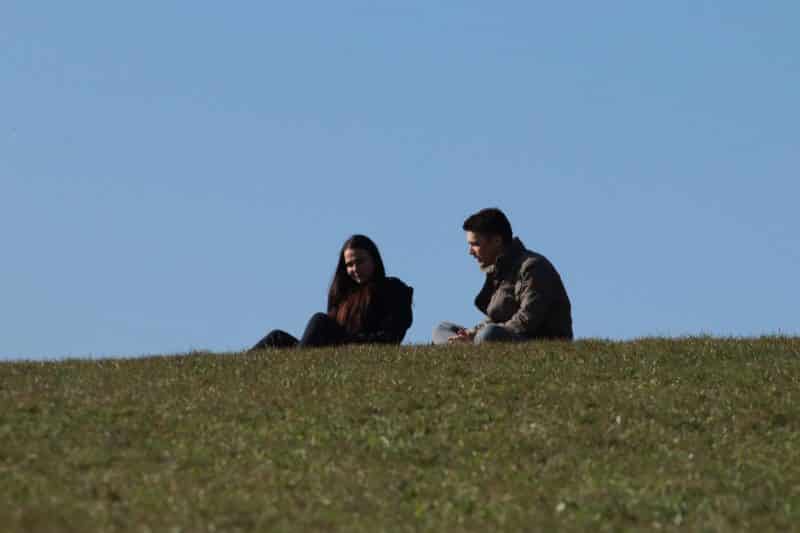 Photo by Stefano Intintoli on Unsplash

Men and women are different.  One of the men’s main questions is how to approach women with confidence.

Are you a single guy, hoping to mingle with attractive women?  Do you have problems approaching ladies? If only there was a secret to approaching women.

The greatest minds in the United States work at NASA to tackle space travel, but men have yet to master a crucial concern.

How to approach women without the fear of rejection?  We are not ready for space travel.  The journey between Mars and Venus remains unchartered.

This article provides tips on how to approach women with confidence.  Men often fear approaching women.  That fear often stems from fear of rejection.

Rejection happens, this article provides tips to approach with confidence without fear of rejection.

The Truth About Fear.

Talking to women invokes fear of failure, fear of rejection, or a fear of getting hit by a meteor because anything could happen.  Studies show that there are fear and pain that accompanies social rejection.

But the truth is, talking to women is not actually that difficult.  This article may not take away the fear, but it will give you the courage to act despite your fear.

Approaching women can be daunting but with some good tips and practice, that fear can be beaten.  The fear may always be there, but courage is acting despite the fear.

To approach women with confidence one must understand and overcome fear.  Read more research from Psychology today about Men and Rejection.

Some Truths About Approaching Women

When thinking of approaching a woman, the mind becomes a hurricane of thoughts.  Fear is conceived in whirling thought.  In order to approach women with confidence, these thoughts must be controlled.  Some of those common thoughts are true, some are not.  Here are some common truths:

With so many thoughts whirling through men’s skulls, when thinking of approaching women there is no wonder mistakes are common. 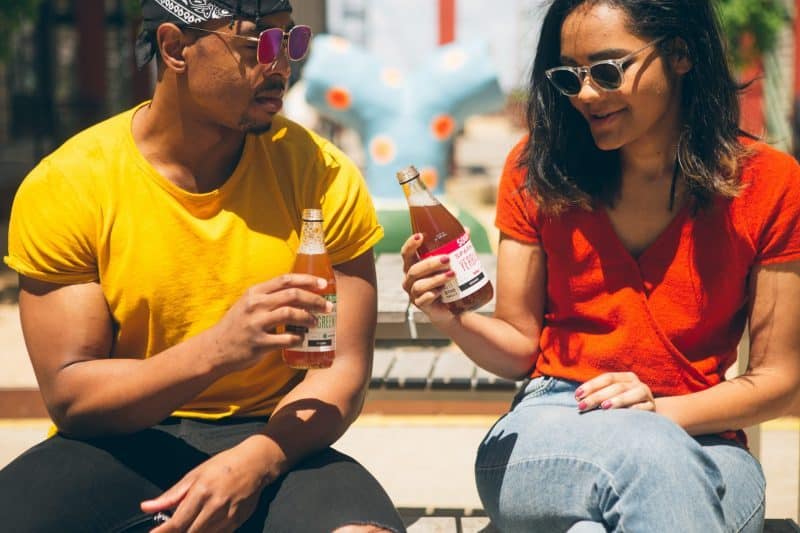 Photo by The Creative Exchange on Unsplash

Some Common Mistakes When Approaching Women

These are some common mistakes that men make when approaching women.

Men make mistakes when approaching women because they panic.  So many thoughts arrest a man’s mind when thinking about approaching a woman.

But it is not always necessary to be crippled by a typhoon of thoughts.  There is a secret to approach women with confidence.

3 Secrets to Approaching Women with Confidence

How to never be rejected again?  It’s impossible.  You are going to get rejected, it’s a part of life.  Even the best looking most confident men with body’s chiseled like Achilles get rejected sometimes.

If you ever get a chance to, ask Brad Pitt about his rejection experiences.  All women in the world do not want Brad Pitt.  If Brad Pitt can be rejected, you will too.

But what if you were never rejected?  What if every woman that you ever approached wanted to date you? Rejection will not kill you, but it makes you stronger.

Don’t be fooled, everyone gets rejected at some time.  Rejection helps to develop men into who they are.    Men are a concoction of their rejections.

It is completely ok if everyone is not attracted to you.  Let that fact relieve you of pressure and fear.

Sometimes, the response will be “NO!” That is completely ok.  I cannot give you an official number of how many attractive women there are in the world, but there are far more than you can date.

Rejection is simply a filter to help you find your perfect match. 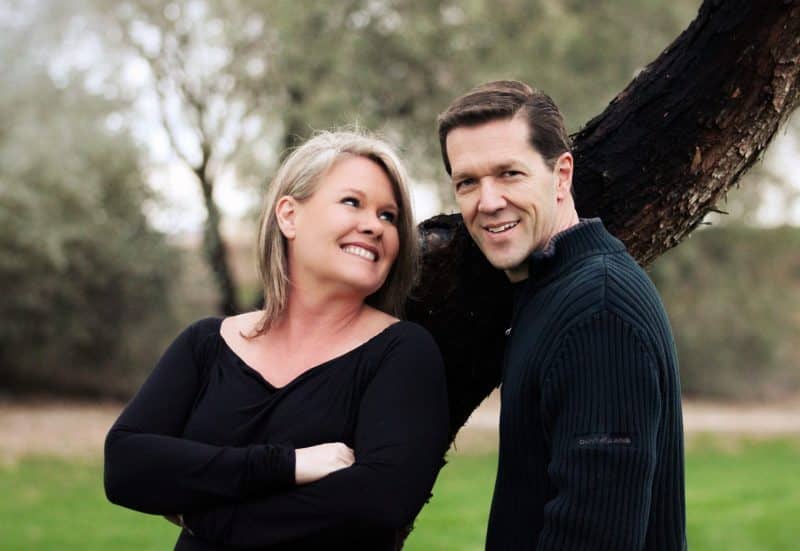 Photo by Sheri Hooley on Unsplash

Insight into the mind of a Woman.

Women, like men, have a hurricane of thoughts running through their heads.  When you approach a woman, you interrupt that hurricane and introduce a new thought.

Men and women have completely different considerations when considering going out.  Some things that women consider constantly are barely afterthoughts for most men.

When approaching women, it might be helpful to understand some of their considerations.  By doing so, you can help to alleviate some of her concerns.

Doing so will help them feel more comfortable and decrease the chances of rejection.  But that can only be done, when you know what those concerns are.

Here are three concerns that women may have.

Women do not like crazies, and I don’t think this is an overgeneralization.   Safety is a big concern for many women.

Women take daily precautions to prevent sexual assault, kidnapping, or who knows what else crazy people have in mind.  This is evident in the steps that they take as precautions.

Many women check the backseat of their car before driving off, ensure that they go out in groups, or avoid certain areas.  Ask a woman you know about the precautions they take on a daily basis?

Chances are, when you approach a woman, she will probably be wondering about your intentions, and checking where the exits are.  You could possibly be a safety concern for the woman who you are approaching.

If you could acknowledge her safety concerns when you approach her, you may make her feel more comfortable.  Comfort may decrease your chances or rejection.

Acknowledging her concerns does not have to be verbal.  You don’t have to say anything about safety.  Remember that 93% of communication is nonverbal.

Women take into consideration warding off crazy people.  Unfortunately, many of the crazy people women are wary of are men.   When you approach her, to her you may resemble a crazy person.  Assure her that you are not.

If you want to approach women with confidence when you approach her you can make her feel safer by not standing too close.

Make sure she has some space to breathe.  Consider her safety and she may consider not rejecting you.

Women don’t like liars.  I don’t think that is an overgeneralization.  Manipulators and liars are no one’s favorite people.  When approaching a woman, you will be screened to see it you are a liar

I don’t know what a liar looks like.  But neither do many women, and a liar could look just like you.  When approaching a woman, her guard may be up.

When men approach women, women are on guard against encountering another liar.  One of their main concerns is, warding off liars, manipulators, and other generally shady people.

Many women will take precautions to ensure that they are not letting another liar into their lives, so they are on a constant lookout for liars.

If you could acknowledge her concerns, by showing her that you are honest and genuine, you would succeed.

Not necessarily by saying it, because nobody trusts the man who says, “trust me.”  Reassurance to your honesty and genuineness would make her feel more comfortable.

The main consideration for many women is warding off liars and shady individuals.  Unfortunately, many liars are men, and they look just like you.

If you want to approach women with confidence when you approach her you may resemble a liar.  Assure her that you are not.

Women want someone who can make them feel good and build them up emotionally.  I don’t think that is an overgeneralization.

Doesn’t everyone want to be around people who make them feel good and encourage them to be better?

When you approach women, you might be examined to see whether you are a person that they would like to be around.

Whomever you approach will be deciding If they would spend more time with you, and if so, how might you treat them.

When men approach women, women decide whether they will benefit from a continued relationship with you.  Women choose to accept or reject.

If you can show her that you will treat her well, you would make her feel comfortable.  If she feels comfortable then you are less likely to see rejection.

Following these three tips may lower your likelihood of encountering rejection.  By taking her concerns into consideration you can reduce your chances of tasting rejection.

But contrary to popular belief rejection is not the worst thing that could happen.

Decreasing your chances of rejection will help you to approach women with confidence. 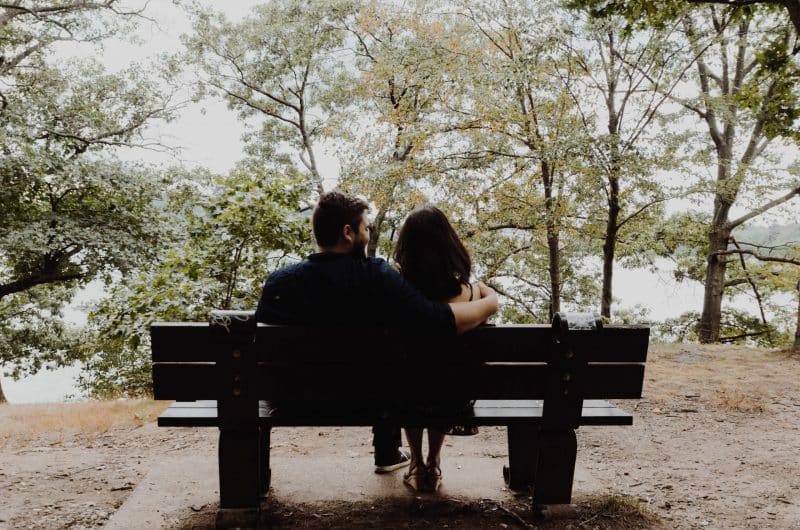 Photo by Kelly Sikkema on Unsplash

How to Overcome your Fear of Rejection When Approaching women.

But even with this advantage, you will still be rejected, and that is ok.  You will find yourself with more problems if you don’t experience rejection.  You will not be interesting to everyone.

Rejection is a filter.  It may not feel good temporarily, but you’ll get over it.  Rejection should not be your biggest fear.

This knowledge should help you to approach women with confidence.

Fear is Not Your Biggest Enemy

Men’s biggest fear when approaching women and it should not be.  There are so many far worse things that could happen.  Let your imagination run wild with the possibilities.

But the feeling that devours me most is regret.  My biggest fear is the fear of regret.  “I wish I’d have done this.” Regret fills my mind with a looming cloud of what could have been.

There is no need for you to be afraid of anything.  These tips to prevent rejection and were provided with insight into women’s feelings.

Go out, be honest, be genuine and be unafraid approaching whoever you want.  You can approach women with confidence, and without fear of rejection. 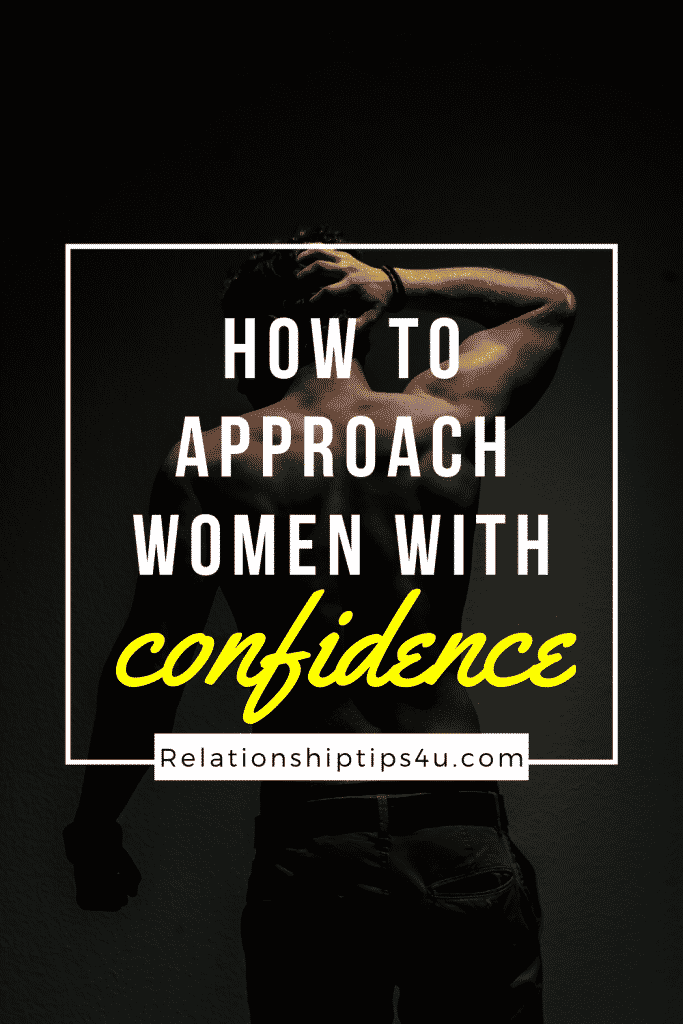