How to Mend a Broken Relationship with Your Boyfriend

How can I  mend my broken relationship with my boyfriend? Is the question asked by a lot of individuals, who are seeking answers? if you have been having all sorts of problems with your boyfriend and you have just broken up. Somehow you couldn’t stand the nagging, physical abuse, mental abuse, financial issues and infidelity not to mention incompatibility, disrespect or sex issues. 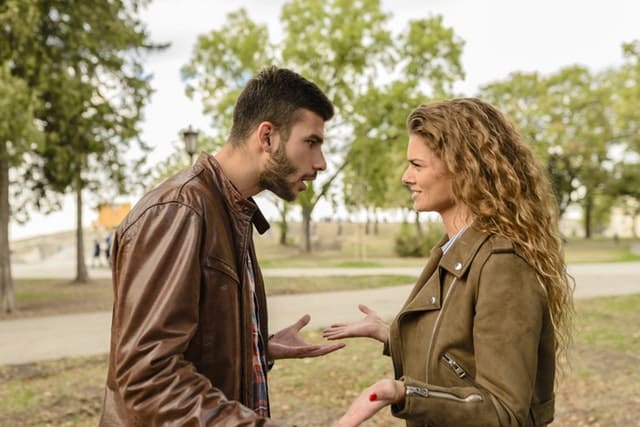 For a while now, things in your relationship have been hot. The two of you just can’t stop arguing and you keep fighting over the most trivial of things. If that is happening a lot, then you definitely have a broken relationship!

If you want to know how to fix your relationship that is in trouble, find out the issues you are dealing with and iron them out! Nancy Dreyfus says as much in her book: Talk to Me Like I’m Someone You Love: Relationship Repair in a Flash. She is of the view that couples ought to clarify major issues at the center of the growing distance and friction in the relationship.

Most of the time, your arguments are only a reflection of unspoken and deeper issues that could be troubling you. Is your boyfriend telling you not to go out with your friends simply because he is jealous? Does he trust you? Once you know what the issue is, you will be able to fix the relationship.

If you are the cause of the problem, acknowledge your role in it. It is not likely that your partner is to blame for all the issues you have to deal with in your relationship. Avoid blaming him for everything! If all you do is scold, criticize, blame or engage in name-calling, you will only make the broken relationship worse.

You might be to blame for being inattentive, quick to make conclusions or preoccupied with personal issues. According to Sam Caesar, in the book: How to Fix a Broken Marriage Alone in 21 How Days, you need to give him an ear without being judgmental. One of the best fixing a relationship quotes is that you should show your boyfriend you are willing to work towards a solution. That might just be the cue he needs to act! 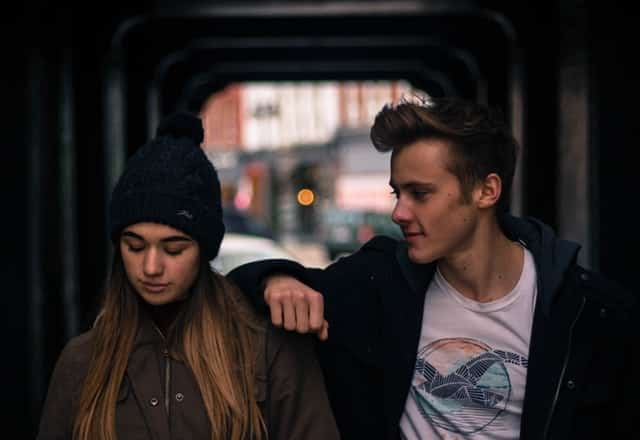 Remember how much you love him. As Dr. Guy Winch writes in his book: How to Fix a Broken Heart, no mistake is too big not to be forgiven. Of course, it is not easy to forgive where the issues include physical abuse and infidelity. In case you decide to bury the past, it isn’t too hard to do. If anything, love can make you forgive any mistake.

When all is said and done, your boyfriend needs to see real change for him to be convinced that you aren’t going to repeat your mistakes. If the reason for the broken relationship is infidelity on your part, get rid of the other relationship and commit wholly to your boyfriend. The essence of this is a demonstration of your willingness to change for the sake of the relationship. Apart from saving your relationship, that will also make it stronger.

While there are many ways of showing how much you value your man, seemingly simple things such as cooking his favorite meal will communicate love. You may also want to call him at midday or leave love notes around the house.

As Patricia Love and Steven Stosny say in their book: How to Improve a Marriage without Talking about it, it is easy to forget how much work you had to put in at the beginning just to impress your boyfriend. Once you settled together, life became a routine and you started taking your boyfriend for granted. With time, criticisms were more than the compliments and shows of affection. It is no wonder that none of you seems to have the same self-esteem and confidence you had when in each other’s company. Change that by making time for him daily to know you value him. 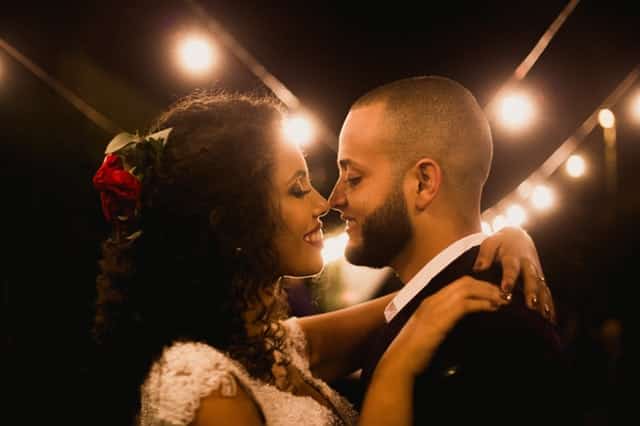 To learn how to mend your troubled relationship, you need to increase the time you spend together. As Simeon Lindstrom says in his book: ‘Where Did Our Love go, and Where Do We Go from Here?’ issues such as lack of sexual satisfaction, lack of company or attention, and unfulfilled desires are a common cause of trouble in relationships.

If your relationship has been through such issues, it is time you started spending time together. Love is all about trying new things to reignite the love you once had. By spending more time with your boyfriend, it will be very easy to make amends where you need to.

Eye contact has the power of enabling you to communicate better with your partner. The problem is that too many people are today distracted by all forms of technological distractions. While it might be tempting to keep looking at your phone’s screen, you need to look into your boyfriend’s eyes more.

As Simeon Lindstrom says in his book: Unlocking One Another, whenever you are talking to each other, do so while looking into his eyes. Apart from making your message easy to remember, eye contact makes the message sink deeper.

You should instead tell him how you feel when he arrives for a meeting/date late. Criticism brings out the negative side and vibes from you. Your man might feel like you’re sucking the life out of him. Try telling him what you feel next time and see how great that will play out!

Sometimes, feeling unhappy could be an indicator that you have allowed your partner to dominate you. With time, he just wouldn’t respect your desires. He needs to know how you feel! Tell it to him and stand your ground. If you stand up for yourself more, your boyfriend will begin respecting you. That’s together with enabling you to mend the broken relationship.

While it is important for the two of you to spend quality time together, you also need to take time to be apart. Deborah Michaels, the author of the book: How to Save Your Marriage, advises. According to her, couples who are ever spending time in each other’s company are likely to get bored and start bickering more.

You need to take time apart so as to start missing each other sometimes. When you eventually meet, you will have the opportunity of spending quality time together. In fact, if you have just broken up with your boo, it is important that you take some time away to think about the relationship. With time, you will discover you simply can’t do without him. Now start working on mending the broken relationship!

Have you been fighting about sex lately? What are the issues surrounding it? Are you or your lover complaining of not having more of it? The thing about sex is that the more you are having it could be an indicator of how strong or weak the relationship is.

To learn how to repair a relationship when trust is broken, make efforts to revamp your sex life. As Dorothy Littell Greco says in her book: Making Marriage Beautiful, non-existent sex life will only push the two of you further apart. As soon as you start having more sex, you will get the opportunity to open up about other issues in the relationship.

No one comes out of a broken relationship unscathed. It doesn’t matter if they had a major role to play in the breakup or not. Your boyfriend might be hurting as much as you, so pay attention to how he is feeling. According to Eleanor Perrault, author of the book: How to Save My Marriage, paying attention to him is a sure way of getting the relationship back on track. 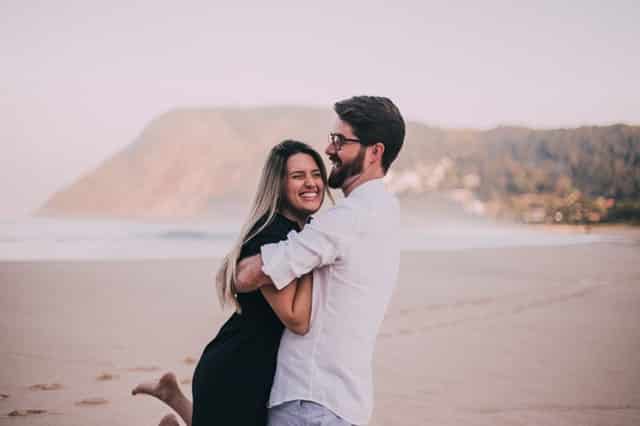 One of the best fixing a relationship quotes is that you should remain compassionate towards your man. According to Vic Ferrari, author of the book: How to Escape a Sexless Marriage, this is something that comes naturally.

No matter how long you have lived apart! You will find yourself sympathizing with your boyfriend when they get involved in a hurtful incident. You can show you care through calming words and gestures. Every man needs some TLC (Tender Love and Care) in a relationship. Apart from knowing you genuinely care for him, your boyfriend will take steps to reciprocate your gesture.

Granted, you have been arguing and fighting a lot lately. It is possible you can’t see anything positive in your partner. All you do is yell, invalidate, and interrupt each other. The only way to bring back harmony is reminding yourselves of past events that made you appreciate each other. If that doesn’t bring back laughter and bliss, what will? It will dispel all the tension and bring the two of you back on talking terms.

According to Casey Stephenson in her book: How to Fix a Broken Heart, reminiscing about the good old days is important! It is an effective way of forgetting about the current hatred your experiencing.  When you start fighting again, it is unlikely to be as vicious as before.

By default, humans tend to dig into the past to explain the reasons for their current problems. Don’t fall for that trap! It is highly likely that your boyfriend will have the moral high ground in the broken relationship, especially if you are to blame. But that doesn’t mean you dig up his past misdeeds to try and show him how wrong he is.

Learn how to repair a relationship when trust is broken by handling one issue after the other. It is, therefore important that you talk about the issue at hand and nothing else. As Jamie Monroe says in his book: Relationship Reconciliation, don’t try bringing your man down by reminding them of past mistakes. If you work at it diligently, you will be able to reach an understanding sooner than later.

Mending a broken relationship depends very much on what you do as an individual. While it might take your boyfriend’s reciprocal action to get things moving, you have the power to reignite the love you once shared.

All you need is a willing heart, a determined resolve, and a clear focus to succeed. So don’t wait for him to initiate the healing process! Start early and you will be thankful you did. 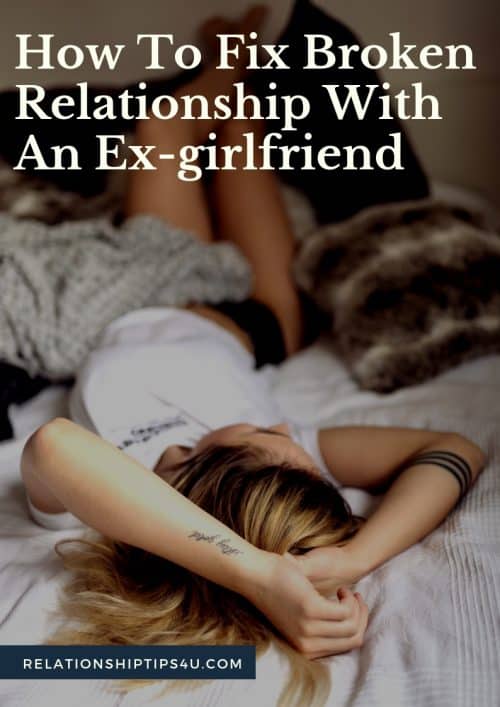 How to Fix Broken Relationship With An Ex-Girlfriend